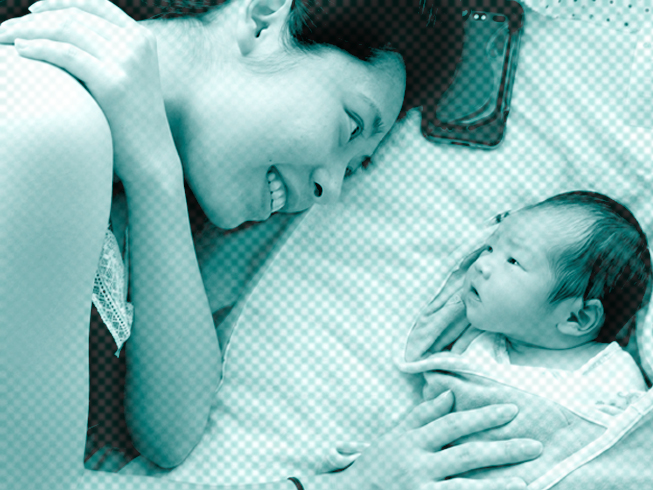 I’m stuck at home with a nasty cold today and was not planning to get a post up today, but I came across the article Millennial Moms Focused on ‘Me’ Time, Study Says and decided to put a few of my thoughts down about it, while they are still on my mind.

I’ve been focusing on the millennial generational trait of practicality, and it turns out that millennial moms are no exception to this trend. The article says that millennial moms “think their digital savvy will be a tool to gain financial success” and “BabyCenter found that compared with Gen X moms, Millennial Moms are 17 percent more likely to freelance.”

The study by BabyCenter describes the millennial mom as “fearless, creative, and ambitious with radically different career expectations.” It also says that according to Entrepreneur.com that 50% plan to start their own business someday– which is a mindset similar to the millennial generation as a whole. A study by oDesk found that 71% of millennial workers want to work independently someday, and 58% classify themselves as entrepreneurs.

Millennial moms are no different than the rest of the millennial generation: They have high student debt. Their career opportunities are rather limited, with a low employment rate and a depressing underemployment rate. On Wednesday I streamed-in to watch the launch of Bentley University‘s PreparedU Project which was a panel discussion called “Preparing Millennials for Success: What’s at Stake and What Will It Take?” During the dialogue, President Gloria Larson said that half of college grads are working at jobs that do not require a college degree. “That’s scary,” she said– and I agree.

When women my age are deciding to have their first child, a lot of the decision to stay at home, full-time job, or something in-between is a matter of crunching the numbers. They ask “will my job cover childcare and my student loans?” and often the answer is no. Or they look at the opportunity to stay home for a few years versus working at a job that isn’t necessarily on a career track and think “why sacrifice these years for a dead-end job?”

This was my story at least, but I suspect the same for many other millennial moms. Taking into account the lack of financial gain and lack long-term career advancement, freelance work and part-time work proved to be the best option for me. I suspect it’s a similar story for full-time working women who are moms, and start freelance side gigs to make up the difference for childcare or paying off debt. The economy & job market + student debt + baby = the decision to do side work and part-time work was decided for me.

The Way Things Were for Moms of Yester-Year

Like many millennial women, I’m a late-bloomer in developing my views on feminist ideas. One of the catalysts for stirring up my thoughts was when I read the book  Boom! Voices of the Sixties Personal Reflections on the ’60s and Today by Tom Brokaw a few years ago. When I read the book, about the tumultuous cultural transition of the 1960s, it occurred to me for the first time that the GI Generation of women had been the most educated generation of women in history. They were the proud granddaughters of the first wave of feminism, and women’s suffragists. Still, the result was a generation of women who were college educated, intelligent, but pressured to stay at home and fulfill the role of wife and mom. They weren’t given any options. It made me appreciate that they decided to push for more options for their daughters.

But when those options became available during the 1970s and 80s– pressure started to build that women had to have it all. I’m in the middle of reading the book Wonder Woman: Sex, Power, and the Quest for Perfection by author Debora L. Spar. She talks about how her generation introduced a different form of feminism– what Spar calls “a greedy” and I’ll add exhausting, form of feminism that pressured women to “have it all” while showing that “it all” was supposed to be or how to get it. She uses examples like the commercial Enjoli perfume that was “for the 24-hour woman” who basically was wonder woman. She was perfectly everything to everybody. A new feminine ideal. If you’re a millennial you may not be familiar with this commercial from 1980, so take a look!:

Spar acknowledges that previous generations (including hers) haven’t done a good job at passing on the triumphs of feminism to millennials. She focuses on how we can pick up the effort now, and start a conversation with millennial women.

Anyway, when reading the studies about the “millennial mom” today I couldn’t help but feel that some of the best hopes and dreams of our mothers, grandmothers, and dare I even say great-grandmothers are starting to come to fruition. I believe millennial moms (and millennial women in general) to be primed to be a very empowered generation. We are deciding what all means for us and are finding ways to achieve that.

While this dialogue is just beginning for millennial women here’s my hope: to stop telling women that in order to “have it all” you have to be it all. For the first time in history, women actually may be able to achieve what they want in their lives. With a little bit of luck, optimism and Wi-Fi I think it’s an ideal we have the practical means to try and live up to. What do you think?

Debora Spar is president of Barnard College and mother to millennial children. She is starting a dialogue with millennials about feminism in the form of a podcast called “Dare to Use the F-Word”. Also check out the book Wonder Woman: Sex, Power, and the Quest for Perfection as well.

2 thoughts on “Millennial Moms: “Fearless, Creative, Ambitious” (thanks to our foremothers)”