Happy January! I have to admit I was a bit of a Grinch this year and was glad to see the end of the holiday season. Part of the reason is that I love January. It’s a fresh start to a brand new year, and to me gives me the illusion of control that in the next 365 days I can get everything done on my to-do list of life.

I thought the new year would be a great time to focus on the emerging millennial traits of pragmatism and practicality. Millennials have been called “pragmatic idealists” and researchers have been savvy to how this  trend for a while now. Millennials are generally frugal in their purchases, and the pragmatism is only becoming stronger in younger millennials.

Perhaps an unexpected result of pragmatism is how it’s shaping millennials’ sense of humor. Millennials seem to prefer self-deprecating, and post-ironic humor. I had to research the term “post-irony” more, but I stumbled across an article called Post-Irony Manifesto which sums up the basic idea:

“My opinion is simply: no, irony it is not an effective tool anymore. Or at least: it’s not a tool I’m interested in using. To me, it’s a coward’s tool. It’s a lazy tool. It’s easy. I’m feeling uncomfortable? Make a joke. I’m afraid? Make a joke. The state of the world disgusts me? Make a joke and move on.” –Dylan Bennet Rhys Howard

I agree that sarcasm is lazy. And although laziness is one of the many insults that have been flung at millennials, really, they don’t have the luxury of laziness. Beyond the laborious use of sarcasm on the part of their Gen X predecessors, I think there is more to the story of how this shift in humor has developed. With cultural phenomenons like the Quarter Life Crisis, and a “fear of missing out” (FOMO) plaguing millennials as they enter the real world, I think millennials are using humor as a coping mechanism. With so many real world challenges facing this generation, sarcasm doesn’t seem to help the situation as it’s just stating the obvious. The world millennials have inherited is different than it was ten years ago. They have a sharp eye for spotting absurdity, yes, but they also need a lot of optimism (and perhaps a dash of self-delusion) to face all of the crises that have marked our adult years thus far.

Traces of post-irony emerged when millennials were first arriving on the scene with movies like Napoleon Dynamite. Ten years ago, Napoleon was refreshingly new. Not quite the anti-hero, but not exactly a role model. Viewers were sincerely (not ironically) rooting for his success. But at the same time sincerely cringing at, well, everything Napoleon did. Sarcasm says “Wow, that guy is really cool.” Post-irony says “That guy is obviously not cool– yet, he’s awesome.” Millennial sensibilities were introduced to the world of entertainment with a confusing, wacky mix of sincerity and irony called post-irony.

Post-irony is also evidenced in all sorts of websites like Awkward Family Photos, Cake Wrecks, and Damn You Auto Correct. It’s also taken the form of internet memes like “What My friends think I do VS. Reality”, and Pinterest Fail.

I’m not sure why the “real-life” version has teeth. So sincerely awful.

Observing the disparity between expectation and reality may seem cynical, but so far milennials are shown to be a optimistic bunch. Millennials are decidedly against bad attitudes, and grouchiness which is also made fun of by this generation: 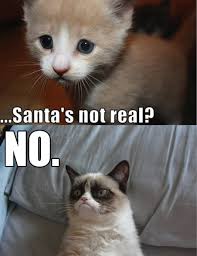 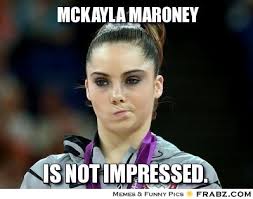 With a challenging start to adulthood, it would be easy for millennials to be cynical. But instead they’re laughing about it. They’re learning that following your dreams and ambitions is easier said than done, and comes with a lot of fine print. And– that’s ok. The light at the end of the tunnel is that with enough self-delusion and practical forward-moving we may just end up ok in the end.

What do you think? Have modern challenges shaped millennials to be practical, and post-ironic?

3 thoughts on “Millennials are Practically Laughing Through Their Tears”