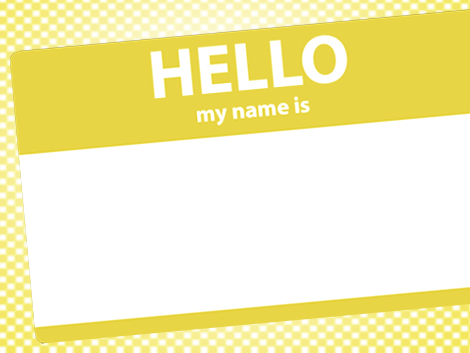 I tend to lean more towards the later birth year span, and usually put the birth year around 1982, or a bit earlier at 1980. To help sort out the divide between these rather mashed-up generations lets look at the events on this timeline:

The 1980s: If your high school years were in the 1980s, you are safely defined as a GenXer. Think Ross, Rachel, Monica, Joey, Chandler, and Pheobe. The flashback episodes of these Friends in high school always sport stellar 1980s pop culture and fashion.

Changing Youth Culture in the 1990s: The early-90s in my mind were drastically different than the late-90s, and Pop culture is important in defining the Youth Culture of a generation. Kurt Cobain lead singer of “the flagship band” of Generation X died in 1994 at the age of 27, so people as young as 13 in 1994 (born 1981) could very well have been part of youth culture. It’s just one cultural example (and grunge is a bit of a GenX stereotype), but think– just five years later my class was rocking out to “…Baby One More Time” with many other artists unfolding after the arrival Queen of Pop Brittany Spears. And our older siblings loved to hate us for it.

September 11, 2001: This is an obvious event that shaped the Millennial generation. But the question is how? In my opinion it shaped millennial childhood, rather than their coming-of-age years. I agree that to be defined as a millennial you should have been old enough to process 9/11 and the first few post-9/11 years. Those born in 1977 would have turned 24 in 2011, and reached their late-20s in the following years, so were past their childhood/adolescent years.

2008 Financial Meltdown: Millennials born on 1990 would have graduated from high school in 2008, and I was just a couple years out of college. To me this even marks the Millennial coming-of-age more than the 9/11 events.

Technology, the Internet, Facebook: There was a huge technology burst from the early 90s to today. Millennials are “digital natives” but are also old enough to remember how things used to be before a lot of modern technology like smartphones, and social media. But things like Facebook arrived when the bulk of millennials were in adolescence. So again, I think this cultural phenomenon has effected this generation more during their childhood and adolescence years. Those born in the later Millennial years would have been post-college years. A lot of the technology we take for granted today we take for granted. Remember the iPhone didn’t even come out until 2007?

Where are you in the Cycle of Generations?

One last thing I want to examine is Howe & Strauss’ theory of generations. In other posts I’ve said that I like to use this theory because at times it has been enlightening to how generations are formed. Although there is an internal logic to the theory, many of the posts I write attempt to unpack if the theory is actually playing out in the lives of millennials. Either way it’s interesting. The theory shows the rise and fall of a society, and generations are formed by where they land in that cycle: There is a time to question the foundation society is built on, followed by deconstructing social ideas, and then building a new one, and finally a time to stabilize it.

According to the theory Millennials are primed for the “building a new society phase,” while GenXers came-of-age during the Culture Wars when society was sorting out old cultural ideas from the new ones. It’s sometimes a subtle difference, but  I can see how GenXers tend to have more of a tendency to critique culture, while millennials are more focused on issues of stabilizing society. Millennials see the world around them, the lack of stability and economic crises, and they are really looking to build. And I see this attitude in people who were born a bit later in the 1980s and 1990s. When there is too much focus on cultural critique, in the mind of a millennial it’s deconstructing a world that they can’t relate to except through pop-culture references, and things they learned in history class.

What is at the root of the GenX/Millennial identity crisis?

In all the talk about how millennials will “save the world” it’s tempting to see this group through rose-colored glasses. Late-GenXers have a lot of the positive traits of millennials: a positive attitude, a desire to act on things, and are open and receptive. But sometimes it’s important to not just assess the possible strengths but the accompanying weaknesses of a generation. I think to really know if something fits you you have to be able to claim both the good and the bad.

If you’re a late GenXer, you may not have some of the bad qualities of Millennials. Have you ever complained to your parents about a grade you received in college? Have you ever somehow strained a professional relationship with a superior because of entitlement? Are you a bit lost and directionless, and rely on your parents a lot for advice? Are you paralyzed by the fact that you might not be awesome?

If not, take heart that you may be a late GenXer who may have gotten the best of both worlds– overall a more positive attitude than your older cohorts, but you also escaped the millennial curse of entitlement and slight delusion.

Perhaps the hang-up in determining this (still?) emerging generation is characteristic of the Information Age. Everyone has more information to analyze, and there are more voices than ever (mine included) chiming in with their thoughts.

191 thoughts on “Why are the Generation X and Millennial birth years so muddled?”