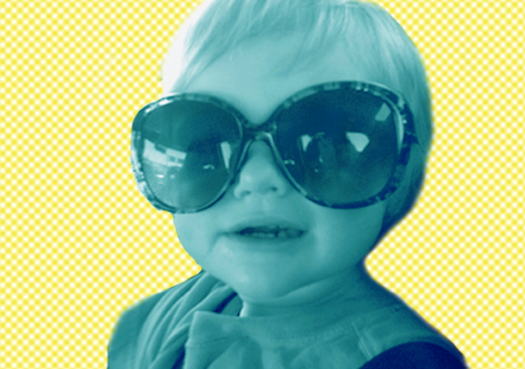 Most people at one point or another want to be cool. The excesses of this desire can be especially felt in junior high and high school. Perhaps it’s out of the need for Esteem, from Maslow’s Hierarchy of Needs, that we never totally outgrow the need to be respected, and to have status. Either way, culture is always providing ways to fulfill this need. And in my opinion, there seems to be a trend of when standards of “cool” are obvious– it’s cool to be an “insider,” and times when the standard is less accessible, and nuanced– it’s cool to be “outsider.”

An example of when ideas of “cool” were about to change is illustrated in the 1986 teen movie classic Pretty in Pink. Molly Ringwald’s character, Andie Walsh ends up with Blane McDonnagh, a rich yuppy with a high cool quota. But interestingly, the original script toyed with the idea of having Ringwald’s character end up her  friend Duckie played by Jon Cryer, who was awkward by 1980s standards. If the Duckie and Andy ending would have happened the film could have been ahead of it’s time. If only they had listened harder, they may have heard the distant beating of a new drum by Kurt Cobain that surfaced in a few years later.

As millennials, we’ve already experienced a shift of cool over the last decade. From the death of boy bands like ‘N Sync and Back Street Boys, to the rise of nuanced, yet easily identifiable “hipster” sensibilities. Reflecting on a recent post I did on hipsters, I think perhaps when cool is “out,” when creativity, introspection are in vogue, ironically it’s the creatives and thinkers that are most critical. When status aspires to be hard to attain, perhaps it’s the critical thinkers that call out pretentiousness like the kid in the “Emperor’s New Clothes” like, “Isn’t that just a naked dude who is trying to be cool?” This idea is illustrated on the blog “Hipster or Homeless.” So then the gig is up, it’s time to make a more obvious and accessible version of cool. And the evolution of cool continues.

With that said, yep, hipsters can be annoying. But I guess I’d rather put up with the current kind of cool, than the cool-is-in type that says “I’m cooler than you. And I can prove it with my $2000 Roladex.”

Here is a compilation of how cool has changed over the last few decades:

Cool is Out: Early-1980s cool-to-be-a-rebel punk era (enough with the disco)

Cool is Out: 1990s cool to be anti-cool grunge era

If this pendulum swing continues the next cool is “cool-is-in” style. And with young “teen” stars like Selena Gomez, and Justin Bieber leading the way, I don’t think that’s a far stretch.

So what’s next? Any guesses?