Recently, I searched for file on my computer, and for some reason an ancient AOL instant messenger conversation popped up, that I had saved almost nine years ago. I didn’t recognize myself in the convo at first. The pink and black striped conversation (I was typing in bubblegum pink) went on for a long time. I kept putting my hand to my forehead and thinking, who is this girl? I felt like Bruce Willis in Looper, when he meets his 30-year-younger self played by Joseph Gordon Levitt, and worries the younger, arrogant Levitt is going to jeopardize his entire future, including his relationship with his wife. Or rather, I just felt sort of annoyed.

The content of the chat isn’t important, as it was typical, and petty college drama. You can fill in the scenario here: ________ and you would probably be close to correct. Apparently, during this vent to an acquaintance, I must have found some nuggets of wisdom in our exchange and decided to save it. Well, it did come in handy. I could make this post one of those “Dear 19-year-old self” letters, but I think it’s more entertaining to see how this girl fares over the next few years. I want to see her sweat a bit over gaining much needed wisdom and maturity.

Around the same time frame of the AOL chat I see this girl crying over which major to choose, and finally sort of confidently deciding on Graphic Design.  I see her continue to date guys that were based on a list she formed with her 15-year-old girlfriends in high school while listening to BBMak. I see her ditching the list after too many pop-collared jerks, to eventually find the only guy who has ever made her blush. I see her make her heart vulnerable for the first time, and taking a leap into sharing her life with the guy just right for her.

They leap right into a cute old fixer-upper house, because it was a buyers market in 2007, didn’t you hear? I see her and the guy paint every room in the house a different color. I see her shivering in a 20 degree house when the heater was broken for a couple days, and remember her promising to be happy for the rest of her life when a dishwasher is finally installed. I see her paint over the ugly not-quite-right lime color in the bathroom to a nice beige. 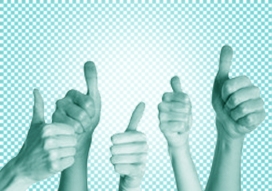 I see her reaping the consequences of ill-formed habits from college of frequenting Jack-in-the-Box at midnight, and eating Apple Jacks everyday (because they’re healthy?). I see the day to day conversations she has with her much older coworkers she shares her cubicle space with, and her realizing that life does go on after 25. She also gains a ton of trivial knowledge from listening to the podcast Stuff You Missed in History Classwhile she works. I see her cry when Lost ended, partly because she hated the finale so much, and because she was so hormonal. She takes a pregnancy test an hour afterwards to get the biggest news of her life so far, and thinks “no wonder I cried so hard when Claire had her baby…again?” She sees the college kids that her husband teaches get younger by the year. Relieved, she sees that they all have the same type of drama she did at age nineteen.

The scenes in my mind go on and on after that AOL chat. Weddings, funerals. New jobs, new places. Disappointments, serendipity. She fails again, she learns again, she grows some more. I can see she doesn’t regret a thing, and it’s okay to fail sometimes. So I’m not going to write a letter of advice to her. I’m just going to say, “Thanks for sharing your words of 19-year-old wisdom with me. I forgot what it was like.”

And sometimes it’s good to remember who you were.

6 thoughts on “Who is that girl? #epicfail”