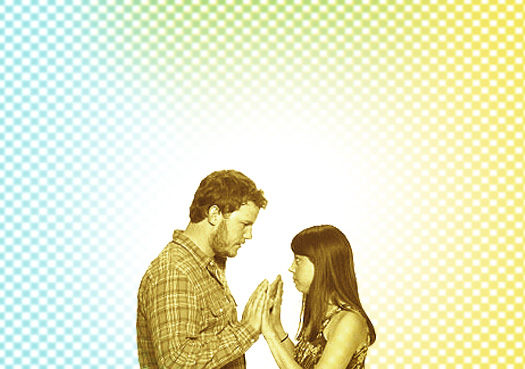 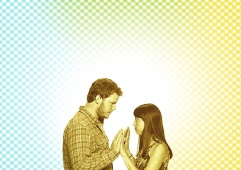 Andy (GenX) and April (Milennial) from NBC’s “Parks and Rec”. The Millennial start date is 1977 according to PEW Research, and 1982, according to Winograd&Hais. (source: http://www.fanpop.com/clubs/april-and-andy/images/21684269/title/april-andy-photo)

I was chatting with a friend the other day who just had a baby girl that she named Felicity. I love the name and asked my friend if it was a family name. She said no, she’s just always liked it, and added that she has always loved the show Felicity that was on WB back in the day. I used to watch that as well, and we reminisced over the Ben/Felicity/Noel love triangle, and admitted we both always wanted Felicity to end up with Ben. A few days after this conversation I was inspired to to binge-watch Felicity on Netflix. Watching this show I realized that I didn’t have an awkward sense of style in my early high school years, and that it was the fault of late-90s style that drove me to wear huge wool sweaters, and baggy pants.

My friend, six years older than me, is generally categorized as a late GenXer, or an early Millennial depending on which source you go by. Either way, I find people in this age group, including my husband, have a lot of shared experience with me, by all sources a definite Millennial (born 1984). There is an interesting little “bubble” I have observed for a while, that seems to evade definition so far. In my opinion, the people in this bubble have so much in common, but still have a slight divide between them. So what is this Bubble all about? I’m going to try and hash it out, so here goes.

THE BUBBLE: When everything was changing. And before the Bubble popped.

If you grew up in the Bubble, you were a teenager or young adult during the early stages of social networking, and post-college-age when the Great Recession hit.  The eldest were among the first to utilize the acronym LOL. The youngest were right out of college and in the workforce when the Great Recession hit, and discovered the empty pot of gold at the end of the rainbow. This year span encompasses two distinct generations who have blend of typical GenX and Millennial traits. In the Bubble I’m including people born from 1977 to 1984, so roughly people 28 to 36 years old.

If you’re around that age, you remember the humble beginnings of social media like AOL Instant Messenger that came about in 1997. You remember texting in the early 2000s, before it had really caught on yet. You may have joined MySpace when it first arrived in 2003,  but then traded it for Facebook a few years later. You saw iPods gain popularity around 2004. And finally, you witnessed the he grand accumulation of all previous social media in the iPhone, which came out in 2007.

Then the bubble popped. Where were you when The Great Recession hit in December 2007? You may have been building a career, or were just starting out. Either way, you were in the post-college real world, and between the ages 23-30. While still very new to the workforce, or just entering your stride in your career, you may have witnessed mass layoffs or remember peers who were severely underemployed. Either way, you were actually in the workforce when you witnessed these things. 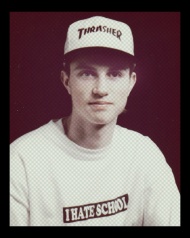 My husband circa 1995. Note the Thrasher hat, and the “I HATE SCHOOL” tshirt.

My husband was born in 1979, and I was born in 1984. According to some sources, we are from two distinct generations. But we still have a lot in common as true children of the 90s. We grew up watching a lot of the same movies, TVshows, and listened to many of the same bands (though probably different albums). In 1993, I was an Aladdin-obsessed 8-year-old, while he was a girl-obsessed eight-grader who went on his first date that year (to see Aladdin). In 1998, we both chatted on AOL Instant Messenger, where I used acronyms like OMG, as in “OMG I saw Jessica and Justin at Starbucks..together!” While he probably chatted about an upcoming lecture in Psych class, as he was a Sophomore in college.

Shared experiences for Late-GenXers and Millennials continued into adulthood. GenX is tied to Millennials through their use of early social media, and the rise of new technology as young adults. Like GenXers, I (a Millennial) was in the workforce before the Recession, if only for a few years. Millennials my age had opportunities that our younger Millennial cohorts did not experience.

These shared experiences are paired with different generational traits, observed by authors Howe & Strauss, and summed up here. In general, GenXers are more independent and self-reliant than Millennials. They may have a better work ethic, and are extremely reliable. They need freedom from too many rules, and are friendly, and supportive colleagues. They were independent of, and slightly rebellious toward their predecessors, the Boomers. Millennials are more optimistic than GenXers, and group focused. They may be more thinned-skinned, but also tend to have extremely high standards. They can be demanding, and want to be part of something great. Millennials are not rebellious against predecessors, GenX or Boomers.

Even though there is a slight generational divide in this Bubble, here is why I believe it to be cooperative, and compatible. Early-Millennials love the self-reliance, and freedom of individuality of GenXers. And I think, late-GenXers see how a tough economy has burdened Millennials who are just younger than them. They recognize the Millennial sense of purpose, and desire to succeed, and want to support it. On top of that, Millennials want work with people just up the ladder from them, including those who are closest to them in the generational divide.

What is even more interesting is that they are close enough in age to display this turn in history, and generational divide in the flesh, through the playful relationships of siblings, and friends. Or even through the electricity of couples and spouses. So there is a lot of love in this Bubble. As an early-Millennial, I imagine late-GenXers saying “I’ve got your back, because you’re going to need it.” And early-Millennials saying, “I know, and thanks I couldn’t do it without you.” They are the Daryl Dixon to our Rick Grimes, or if you don’t watch The Walking Dead, the Han Solo to our Luke Skywalker.

Both generations crammed in this bubble of history have shared childhood memories of the slower pre-social media world, and witnessed a historical change that impacted us as adults. While aware of the small chasm between us, we choose to reach out in solidarity and hold hands anyway, looking knowingly into each others’ eyes as if to say “I remember when…”